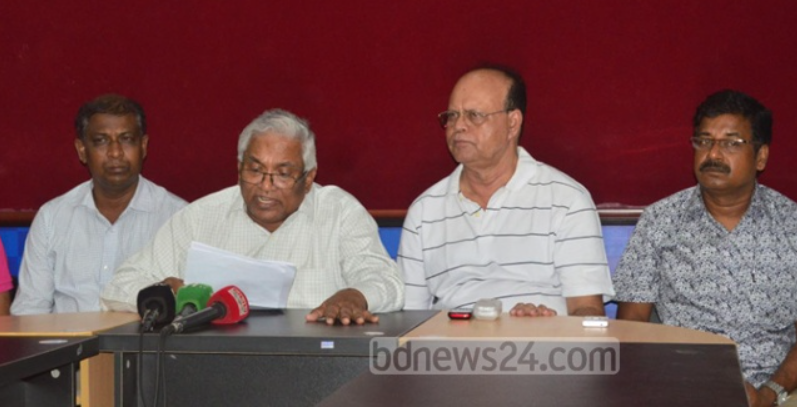 Shaheen Rahman, the chairman of Pashapole Union Parishad in Jessore’s Chaugachha, is affiliated with the ruling Awami League.

Jessore Superintendent of Police Anisur Rahman, after meeting the locals on Friday, announced the reward of Tk 25,000.

He said anyone can get the reward by providing information on Shaheen’s location by phone.

He said Chaugachha Puja Udjapon Parishad provided a list of 21 families who had to leave their homes facing intimidation by Shaheen and his henchmen.

A three-member committee headed by Additional SP Sarwar Hossain is investigating the case, the SP said.

The committee has been asked to submit a report within a week.

“Police started the case as the victims could not dare,” he said.

SP Rahman also said another accused in the case has been arrested.

He alleged in a media conference in Jessore later in the day that at least 30 families left the country in the face of Shaheen’s bullying.

“He made a family sign away three bighas of land by threatening them to gang-rape a teenage girl of the family in confinement for two days,” he alleged.

He said Shaheen began the coercion after he was elected five years ago.