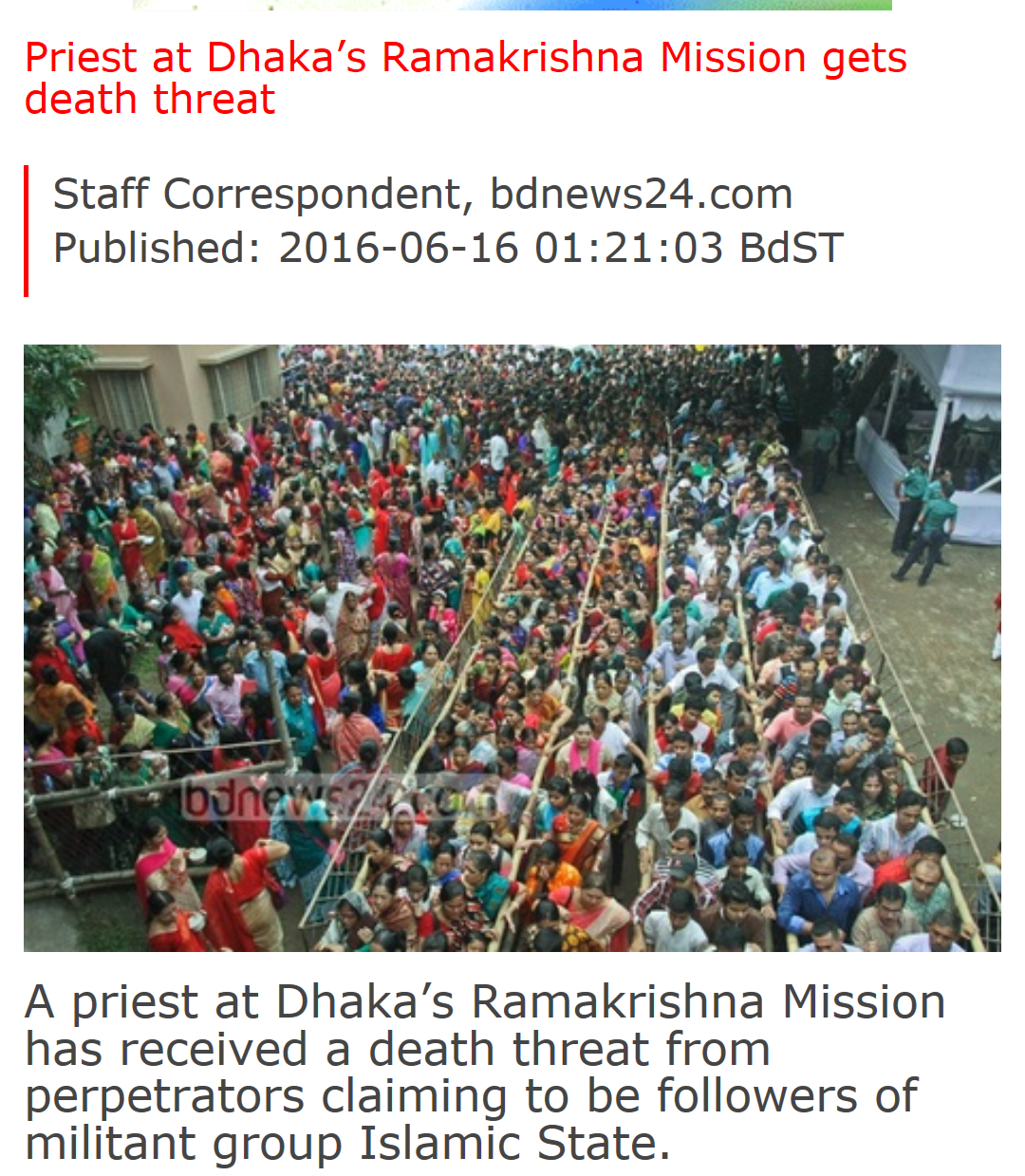 The threat came in the form of a letter on Wednesday evening following murders across the country in recent suspected militant attacks.

The Hindu priest said he was ordered by the sender of the letter not to preach his religion. Otherwise he would be hacked to death with machetes.
He filed a General Diary (GD) at Wari Police Station around 9pm after receiving in the letter, Sub-Inspector Monir Ahmed told bdnews24.com.
He said one ‘AB Siddique’ apparently sent the letter. Gazipur, Kishoreganj and Dhaka’s Dhanmondi were written on the envelope as his address.
‘Islamic State of Bangladesh, Chandna intersection, Eidgah Market, Gazipur Municipality’ was the wording of the letter-head, typed using a computer.
Ahmed said, “The priest was told in the letter, ‘Bangladesh is an Islamic state, you can’t preach your religion here. If you continuing preaching, you’ll be hacked to death with machetes between the 20th and 30th’.”
The letter didn’t mention any month.
He said security was beefed up at Ramakrishna Mission after the GD. Top police officials also visit the temple.
Though international militant outfits Islamic State and al Qaeda claimed responsibilities of murders of several Hindu priests in different areas in the country, the government says these groups are not active in Bangladesh.