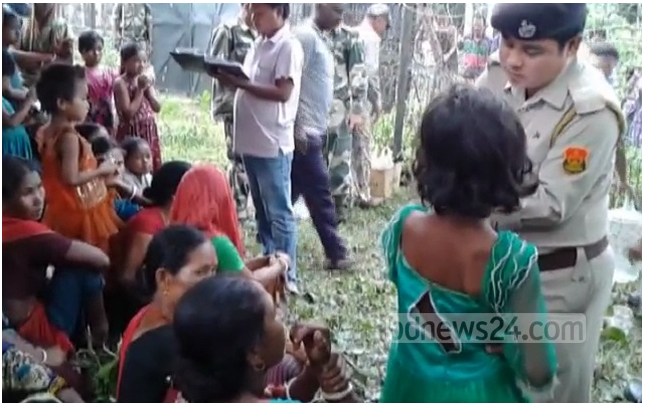 Border Guard Bangladesh (BGB) has brought back the Bangladeshis who went to seek shelter in India’s Tripura state.

Around 200 members of a Hindu tribe, who had been staying on forest department land in Chunarughat, in Habiganj, tried to enter the Indian state at Khowai on Saturday morning.

Hossain said the tribals had been living in the Telenga Range of a reserved forest and sought shelter from the BSF following problems with forest department workers.

“The beat officer reprimanded some of them for their misdeeds on Friday. They attacked a bungalow then. Later, four of them were detained. They went to the border in the morning,” he said.

The BGB official suspect there may have been someone instigating them to seek BSF shelter.

He said they were 187 of them. He also said he would visit the area on Sunday to discuss their problem.

Earlier, Khowai Deputy Collector Mahendra K Chakma, who met them, said most of them were tribals or from the Kharia Hindustani community. “Altogether, there are 168,” he added.