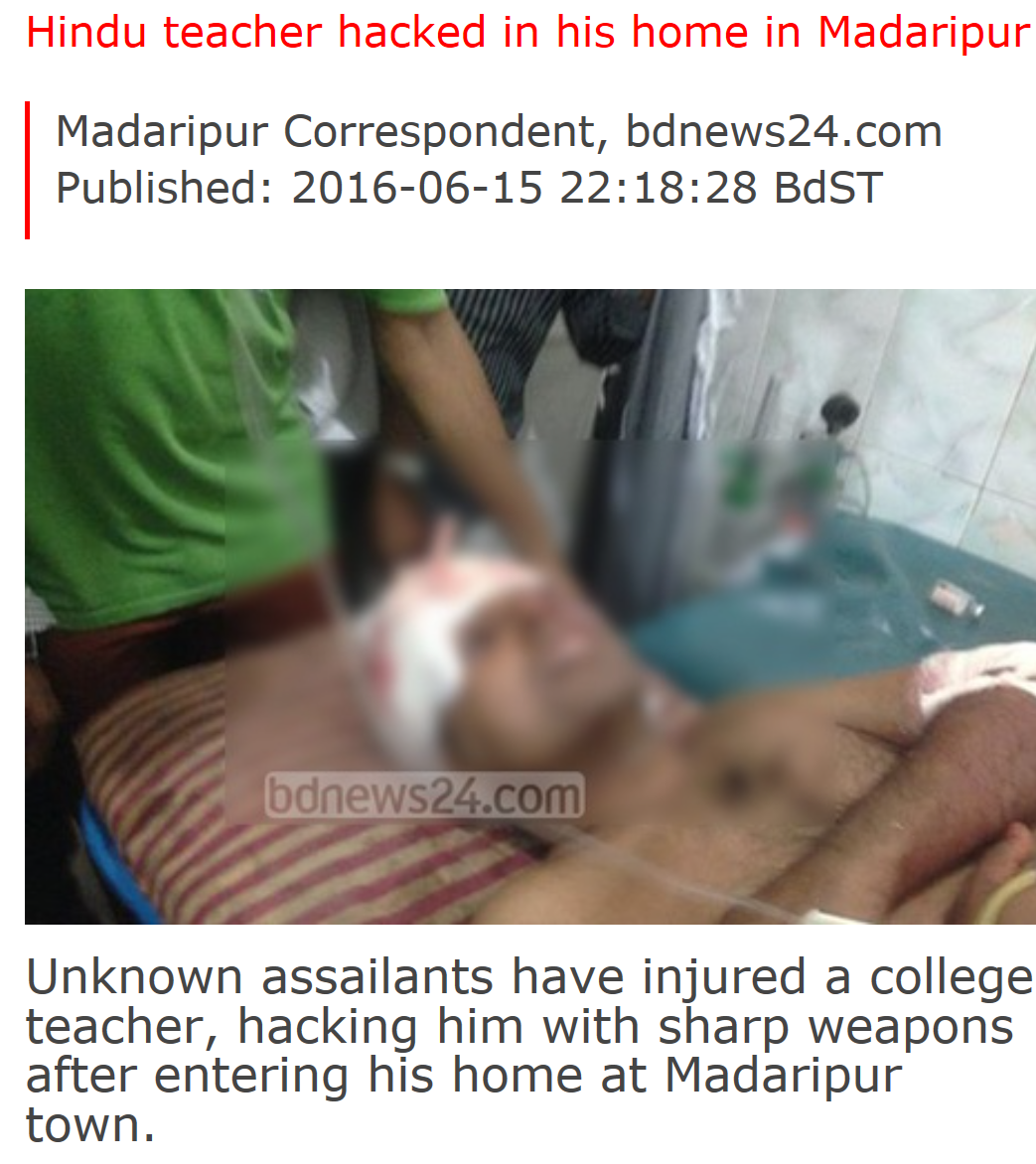 Neighbours and police said the attack took place around 5pm on Wednesday at his rented home near the college’s main gate, opposite a student hostel.

Locals caught one of the attackers while they were fleeing and handed him over to police.

Morshed said the assailants first knocked on the door of the Hindu teacher’s home. As soon as he opened the door, they attacked him and tried to chop his head, causing injuries.

He said police suspect the attempt to murder Ripon Chakrabarty was part of the plan under which similar attacks took place in recent months at different place across Bangladesh.