The Citizenship Act, 1955 was enacted to provide for the acquisition and determination of Indian citizenship. 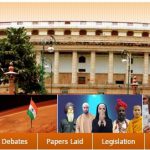 Under the existing provisions of the Act, persons belonging to the minority communities, such as Hindus, Sikhs, Buddhists, Jains, Parsis and Christians from Afghanistan, Bangladesh and Pakistan, who have either entered into India without valid travel documents or the validity of their documents have expired are regarded as illegal migrants and hence ineligible to apply for Indian citizenship. It is proposed to make them eligible for applying for Indian citizenship.

Many persons of Indian origin including persons belonging to the aforesaid minority communities from the aforesaid countries have been applying for citizenship under section 5 of the Act, but are unable to produce proof of their Indian origin. Hence, they are forced to apply for citizenship by naturalisation under section 6 of the Act, which, inter alia, prescribes twelve years residency as qualification for naturalisation in terms of the Third Schedule to the Act. This denies them many opportunities and advantages that may accrue only to the citizens of India, even though they are likely to stay in India permenently. It is proposed to amend the Third Schedule to the Act to make applicants belonging to minority communities from the aforesaid countries eligible for citizenship by naturalisation in seven years instead of the existing twelve years.

See the THE CITIZENSHIP (AMENDMENT) BILL, 2016 as published- the-citizenship-amendment-bill-2016