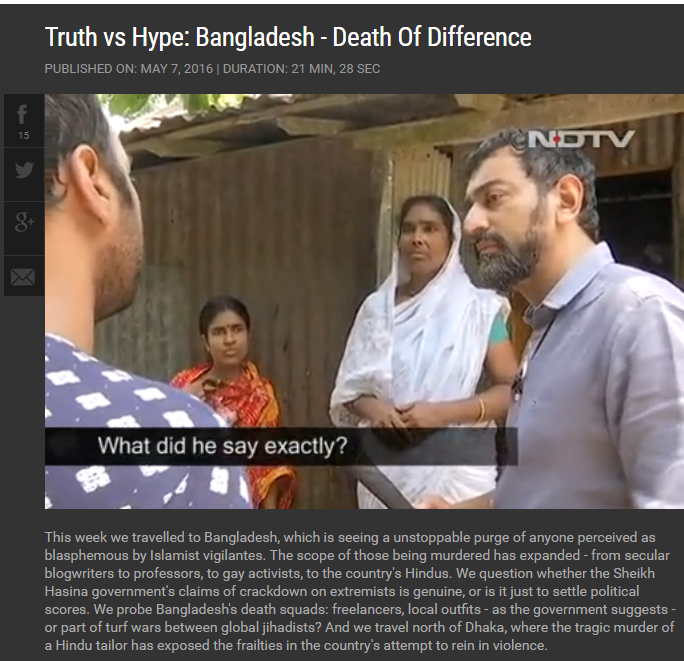 This week we travelled to Bangladesh, which is seeing a unstoppable purge of anyone perceived as blasphemous by Islamist vigilantes. The scope of those being murdered has expanded – from secular blogwriters to professors, to gay activists, to the country’s Hindus. We question whether the Sheikh Hasina government’s claims of crackdown on extremists is genuine, or is it just to settle political scores. We probe Bangladesh’s death squads: freelancers, local outfits – as the government suggests – or part of turf wars between global jihadists? And we travel north of Dhaka, where the tragic murder of a Hindu tailor has exposed the frailties in the country’s attempt to rein in violence.