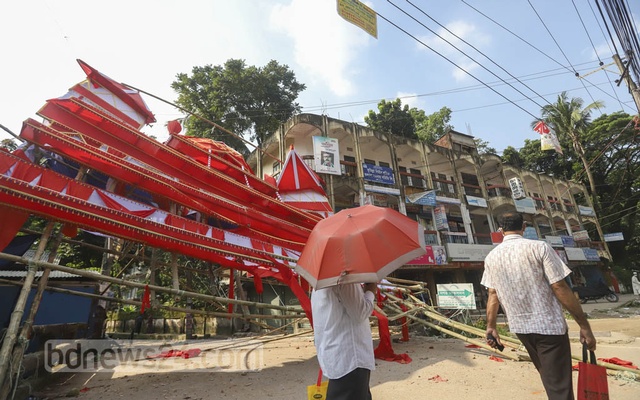 Attacks by religious fanatics during Durga Puja in parts of Bangladesh have left at least four people dead and 70 others injured in three days, according to Bangladesh Hindu Buddhist Christian Unity Council.

The attackers vandalised, torched and looted 70 puja venues, 30 homes and 50 shops after an allegation of sacrilege spread on social media, the council said at a news conference at Chattogram Press Club on Saturday. 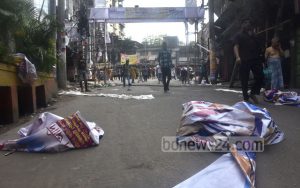 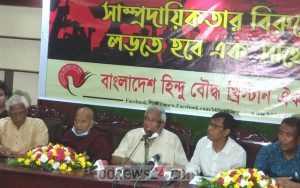 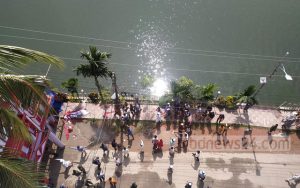 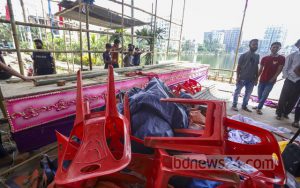 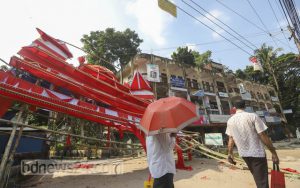 “These communal attacks cannot be brushed aside as isolated incidents now. We believe all of these were part of a plan. The main goal is to destroy Bangladesh’s image in the international arena,” said Rana Dasgupta, general secretary of the council.

The attacks were also designed to hamper Bangladesh’s development by creating instability, he said.

“Moreover, they want to make Bangladesh a communal country by driving the religious minorities out.”

The council called daylong demonstrations for Oct 23 in protest against the attacks.

Rana said a person named Manik Saha died in an attack on Lakshmi Narayan Jiu Akhra at Hajiganj in Chandpur on Wednesday.

In Noakhali on Friday, the assailants beat to death Jatan Saha, a member of Bijoy Puja Mandap committee, and Moloy Krishna Das, a member of the International Society for Krishna Consciousness, or ISKCON, at their temple, according to Rana.

He said the body of another Hindu devotee, Partha Das, was spotted in the ISKCON temple’s pond in Noakhali’s Choumohani on Saturday.

Noakhali police said Jatan Saha died of a “heart attack”. They could not confirm whether Partha died in the attack. And there was no confirmation from police about the death of Moloy Das either.

But ISKCON tweeted: “It is with great grief that we share the news of an ISKCON member, Partha Das, who was brutally killed yesterday by a mob of over 200 people. His body was found in a pond next to the temple.”

The Hindu religious group called on the government to take immediate action.

Police could not confirm the death of Manik Saha in Chandpur’s Hajiganj Upazila.

Rana named the temples and people that came under attack, detailing some of the incidents.

He alleged people from Joy Bangla Club at Karnaphuli in Chattogram attacked the Jelepara puja venue on Thursday. Brothers Joynal and Monir, former BNP activists who later joined the Awami League, led the attack, according to Rana.

Police filed a case naming 83 people over the attempt to attack the puja venue at JM Sen Hall in the port city. Most of them are shopkeepers and residents and Khalifapotti – identified from security camera footage.

On the eighth day of Durga Puja, the alleged dishonouring of the Quran at a puja venue in Cumilla led to attacks on Hindu places of worship and clashes between vandals and police.

In the two days since, several similar incidents have occurred in Chandpur, Chattogram, Cox’s Bazar, Bandarban, Moulvibazar, Gazipur, Chapainawabganj and other districts.

At least four people died reportedly in police firing during attacks on puja venues in Chandpur’s Hajiganj on Wednesday.

Dozens of people were arrested over the attacks and the spread of communal hatred on social media. BGB personnel were deployed to two dozen districts and security was beefed up at places of worship. The immersion of Durga idols ended the 10-day festival on Friday.

Press Release: Save Hindus in Bangladesh- We Demand Justice